Serving Jesus (and Others) in Troubling Times

Posted on May 1, 2015 by richardschwartz

I don’t usually just paste things in from other sources here but today’s piece from the C. S. Lewis Institutes warranted an exception.  See below… 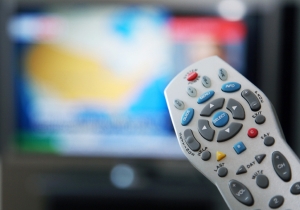 In 1947, C.S. Lewis received a letter from Don Giovanni Calabria, a priest living in Verona, Italy, written in Latin. The priest had read an Italian translation of Lewis’s book The Screwtape Letters, and wrote to Lewis in Latin since he did not know English. The letter was the beginning of a series of correspondence between the two men, all in Latin, that would last until the priest’s death in 1954. The letters were later published in an English translation.

In writing to Don Giovanni in the Spring of 1948, Lewis commented on the troubling state of the world at that time, and how to live in light of it:

Everywhere things are troubling and uneasy – wars and rumours of war: perhaps not the final hour but certainly times most evil.

Nevertheless, the Apostle again and again bids us “Rejoice.”

Nature herself bids us to do so, the very face of the earth being now renewed, after its own manner, at the start of Spring.

I believe the men of this age (and among them you Father, and myself) think too much about the state of nations and the situation of the world. . . .

We are not kings, we are not senators. Let us beware lest, while we torture ourselves in vain about the state of Europe, we neglect either Verona or Oxford.

In the poor man who knocks at my door, in my ailing mother, in the young man who seeks my advice, the Lord Himself is present: therefore let us wash His feet.

Today, via the internet and 24-hour cable news, we are continuously confronted with troubling news about the world. While Lewis’s letter was written more than 65 years ago, his words offer timely advice about how to serve Jesus and others today.

This entry was posted in Culture and media, Faith and life, News. Bookmark the permalink.

1 Response to Serving Jesus (and Others) in Troubling Times